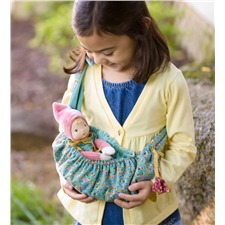 Renate G. Justin has had a remarkable life.  Her story, A Long Journey, will bring tears to your eyes.  A Holocaust survivor, Renate wrote this book to explain this moment in history to her grandchildren.  @crystalpubs2014

Renate tells her story by using the dolls to help temper the atrocities.  In fact, it is because of these dolls, the two sisters were able to survive.  Sent to Holland before the situation became more intense, the sisters talk to the dolls and in return, the dolls bring them comfort.

When the girls are joined by their father and mother, they seek asylum in the US.  However, despite their hopes of safety, the family discovers hatred lurks everywhere.

Renate’s granddaughter was murdered on a college campus simply because she was what she was:  Jewish.  Renate went on to medical school.  She practiced medicine in Colorado.

Three generations later, the two dolls are still in the family.  The dolls represent hope and dreams for all those persecuted.

The pictures in the book are authentic and represent a period of history that should not be denied, underrated, or rewritten.  This is a powerful story for the young and old alike.

View all posts by crystalpublishingllc